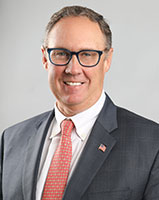 President and Chief Executive Officer
Robert F. Powelson is the president and chief executive officer of the National Association of Water Companies (NAWC).
Prior to joining NAWC, he served as a Federal Energy Regulatory Commissioner. Powelson was nominated to the Federal Energy Regulatory Commission by President Donald J. Trump in May 2017, and confirmed by the U.S. Senate on August 4, 2017.
Commissioner Powelson came to FERC from the Pennsylvania Public Utility Commission, where he served since June 2008, and led as Chairman from February 24, 2011-May 7, 2015. Under Commissioner Powelson’s leadership, Pennsylvania ratepayers have had an active voice on issues such as nuclear power production, renewable investment, broadband deployment, infrastructure development, unaccounted-for water and cyber security.
In 2011, Commissioner Powelson served on Pennsylvania’s Marcellus Shale Advisory Commission, which reviewed the Commonwealth’s existing statutes, regulations and policies and provided recommendations to develop a comprehensive strategic proposal for the responsible and environmentally sound development of Marcellus Shale.
Powelson is past president of the National Association of Regulatory Utility Commissioners, where he also was a member of the Board of Directors. He served as chairman of the NARUC Committee on Water and represented the Water Committee on NARUC’s Task Force on Climate Policy. He was active in NARUC activities involving critical infrastructure and nuclear waste disposal. Commissioner Powelson worked very closely with NARUC leadership on aggressive pipeline safety standards with the U.S. Pipeline and Hazardous Materials Safety Administration.
Prior to joining the Pennsylvania PUC, Powelson served as president of the Chester County Chamber of Business & Industry. In 2005, he was selected by the Eisenhower Presidential Fellows to be a U.S. fellow in Singapore and Australia. His previous employment includes service as the director of Government Relations for the Delaware County Chamber and staff assistant to former Congressman Curt Weldon.
A native of Pennsylvania, Powelson is a graduate of St. Joseph’s University and received a Master of Governmental Administration degree from the University of Pennsylvania. 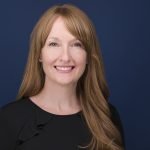 General Counsel & Vice President, State Regulatory Affairs
Ballou brings to NAWC deep experience in utility regulation, previously serving as a legal advisor to NAWC CEO and President Robert Powelson while he was a Commissioner at the Federal Energy Regulatory Commission (FERC). Ballou began her legal career as an Attorney-Advisor in the Energy Markets Division of FERC’s Office of the General Counsel.
In addition to her experience at the federal level, Ballou possesses extensive knowledge of state utility issues from her time at the Pennsylvania Public Utility Commission (PAPUC) where she worked on a variety of regulatory matters under then-Chairman Powelson’s leadership. Ballou co-authored a number of National Association of Regulatory Utility Commissioners (NARUC) Water Committee resolutions and was involved in the implementation of Act 11 of 2012, which among other things, permitted combined revenue requirements for water and wastewater utilities.
Ballou has a Bachelor of Arts degree from the University of Virginia and a law degree from Washington & Lee University School of Law. 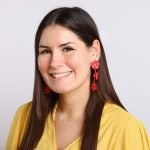 Event & Digital Content Coordinator
Angela Brown is a meetings and event professional who brings her knowledge and skills managing associations to NAWC as our Event and Digital Content Coordinator.
Angela joined NAWC in February of 2022, previously serving in past event coordinator roles between an association management company, and the Gloucester County Chamber of Commerce. Angela earned her bachelor’s degree in communication studies from Rowan University.
In her free time, Angela likes to paint and create bright bold works of art. You can see her latest mural painted on the Camden County Correctional Facility. Angela is excited to be able to help NAWC with events and digital content creation as it brings out her natural ability to create. 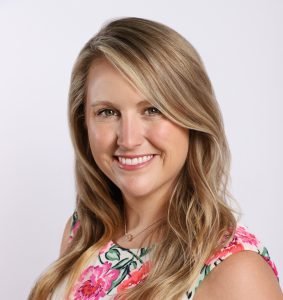 Chief of Staff
Colleen has spent her career in politics and non-profit fundraising. She served as Pennsylvania U.S. Senator Pat Toomey’s Deputy Finance Director during his 2016 re-election campaign. She assisted in raising over $32 million for the campaign, and $2 million for a joint victory account with PA state Republican party and National Republic Senatorial Committee. At the time, this set a new record for U.S. Senate campaigns nationwide, and a statewide fundraising in Pennsylvania. Colleen most recently was the Finance Director for the McSwain for Governor campaign in Pennsylvania. This campaign again set fundraising records, amassing an over $9 million war chest. She has advised numerous elected officials and candidates seeking office. She is excited to join the team at NAWC and support the organization and its member companies. 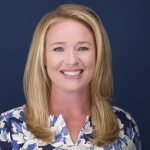 Director of Events and Corporate Sponsorships
Christine M. Costello is a graduate of West Chester University where she earned her degree in political science and international relations. As a student at West Chester, Christine worked in the Chester County Commissioners office and became involved in County Government and public policy. Throughout the years she has consulted with numerous candidates and elected officials across Pennsylvania at the local, County and Statewide levels. She has served as the Executive Director of the Chester County Republican Committee and the Finance Director of the Republican Party of Pennsylvania. For eight years she was the Finance Director for the Majority Leader of the Pennsylvania Senate, Dominic Pileggi. In 2014, Christine started CMC Consulting and has consulted for the Speaker of the House as well as numerous candidates at all levels of public office. During the 2016 cycle, Christine was the Finance Director for two highly competitive races in Pennsylvania. She worked with Congressman Lloyd Smucker to assist in raising the most money ever in the 16th Congressional District and in one event headlined by Speaker Paul Ryan helped to bring in over $500,000. Christine and her husband Ryan and their son Ryan Jr. and daughter Caroline reside in West Chester, Pennsylvania. 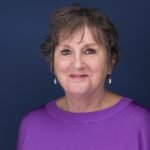 Office Manager
Sara DeLeon brings over 40 years of office administration experience to her role as office manager for the newly established Philadelphia location for the National Association of Water Companies (NAWC). Prior to coming to NAWC Sara worked in the construction and engineering fields and is excited to, again, be working in Center City.
Sara is a life-long resident of Philadelphia, where she and her husband have raised three children and are now enjoying being grandparents. Sara loves cooking and gardening in her tiny back patio, but is most proud that she completes the Sunday New York Times crossword puzzles in ink. 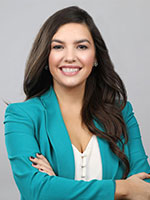 Chief of Staff
In her six years at the Federal Energy Regulatory Commission (FERC), Meghan served in many roles including Program Analyst and Confidential Assistant to Commissioner Clark, Legal Assistant to the General Counsel and Director of Operations to Powelson during his tenure as a FERC Commissioner. Estenson is also pursuing a law degree at George Washington University. 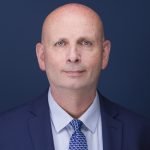 Director of Member and Chapter Relations
Mike Horner has worked for the NAWC for more than 20 years and is our Director of Administration and Membership. Mike has had a variety of duties over the years, ranging from publishing a quarterly magazine and planning events to managing the organization’s finances.
Prior to joining the organization, he worked for the Armed Forces Communications and Electronics Association and Bachner Communications, a public relations firm specializing in association management. Mike is a native of Washington, DC, and a graduate of the University of Virginia. He serves as a Chief Election Officer in Arlington, VA, and is an avid dog owner, softball player and drummer. 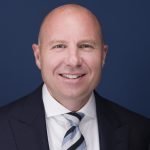 Chief Operating Officer & Executive VP, Strategy & External Affairs
Rikardo Hull brings extensive knowledge of the intersection of utilities and public policy as well as the inner workings of a national trade association. He carries a wealth of legislative and legal experience to the role and has been instrumental in helping the organization embark on an aggressive state and federal legislative strategy.
Hull joined NAWC in 2018 as the Executive Vice President of Strategy & External Affairs. He previously served an advisor to FERC Commissioner Rob Powelson where he provided legal, policy and strategic guidance on issues related to the Commission’s oversight of wholesale energy markets, natural gas pipeline siting and oil pipeline rates. Prior to that, he served as Chief Counsel to Pennsylvania Senate Majority Leader Jake Corman.
Hull spent nearly a decade at the Pennsylvania Public Utility Commission (PUC), serving in the Commission’s Law Bureau before being hired by then-Commissioner Powelson, appointed in June 2008, as his lead counsel. Mr. Hull advised Powelson on all major legal and policy issues before the Commission, notably during his tenure as Chairman from 2011 to 2015. Mr. Hull played a key role in helping to develop Pennsylvania’s markedly successful water regulatory climate. Hull began his career working for a law firm specializing in utility and environmental law.
Mr. Hull earned his bachelor’s degree at Millersville University of Pennsylvania before graduating as valedictorian from Widener University School of Law. 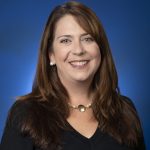 Vice President, Communications & Marketing
Jenn Kocher is a communications professional who specializes in transforming complex subjects into clear and focused messages at the local, state and national levels. She joined NAWC in 2021 after an impressive stint in the Pennsylvania State Government. Jenn was brought on to help the association continue to cultivate its external messaging for cybersecurity, water equity, fair market value, and other priorities of the regulated water industry.
Kocher previously worked as the assistant communications director for the Senate Republican Communication Office where she collaborated with the 28 Republican senators on strategies for messaging the majority’s positions on legislation and policy. Prior to that, Kocher spent almost 10 years at the Pennsylvania Public Utility Commission where she served as spokesperson and assisted in the development and execution of policy initiatives by providing the communications perspective and anticipating media reaction to those initiatives.
Jenn earned her bachelor’s degree in journalism from Pennsylvania State University and began her career as a reporter for a mid-sized Pennsylvania daily newspaper before moving into public relations. With more than 20 impressive years of journalism and public relations experience including crisis communications as well as social media development and messaging, Jenn is excited for this new chapter at the helm of NAWC’s communications efforts.